7 Signs He Wants to Be Just Friends 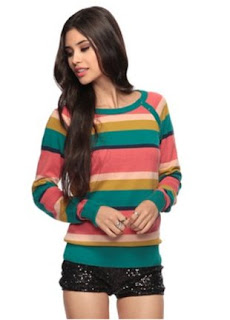 Does he like like you, or does he just want to be friends? It can be annoyingly difficult to figure this out. Here are seven signs he wants to be buddies, and nothing more.

1. He Invites Other People to Hang Out with You Guys
You’re so stoked that he called and invited you to check out the county fair with him…until you find out he’s also invited three other people. If he wanted to be more than friends, he wouldn’t share you with anyone else.

2. His Emails Are Friendly, But to-the-Point
He emails you to set up a time to hang out, forward you an article, or occasionally to just see what you’re up to. However, once the initial exchange of information is over, he won’t try to prolong the conversation. A chain will last no more than two messages each.

3. He Never Texts You First
And will sometimes take hours to respond to your text.

4. He’ll Ask You For Advice on Girls
In high school, asking a girl you liked for advice on a different girl was textbook flirting strategy, and the perfect opportunity to gauge how she felt about you. But as adults, men generally won’t ask a girl he’s into for pseudo-advice on someone else. If he likes you, he’ll want you to know.

5. He’ll Ask to Hang Out Day-of
He’ll text you at six p.m. to see if you want to grab dinner or see a movie. This means he was looking for casual plans, and thought of you—but if he liked you, he’d have made sure you were free well in advance.

6. He Doesn’t Offer to Pay
It’s 2011, and most men and women have reached a pretty egalitarian stance when it comes to sharing financial responsibility of dates: couples will take turns paying, and girls should always offer. But when a guy really likes a girl, a tiny, old-fashioned part of him will want to be gallant and foot the bill. If you insist on paying your way, he might give in, but he’ll at least offer to pay.

7. He Doesn’t Try to Kiss You
Unless he’s obviously super-shy (and you’ve recognized this trait in him) most guys can find the courage to plant one on a girl, if he likes her and has any reason to suspect that she likes him back.