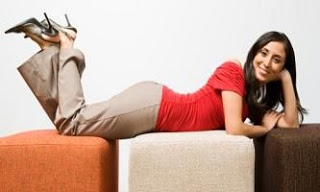 If we had to make a definite statement about women’s fashion in the last decade we’d say that skinny jeans and pants influenced the its silhouettes more then any other look. Women wanted skinnies, and most everything else was cut to work with them. Styles get tired however and while we might still all love our skinnies, there’s an undercurrent of experimentation amongst the fashion forward collective, each of them looking for something else, each of them looking for what’s next.

Hence, when it comes to this decade’s emerging fashion trends so many of them are experimenting with the ‘standard’ silhouette of pants. As a result we have emerging, neo-trends in the return of bell bottoms and wide legged pants. There’s one more style we’re certain will join that list, however, making it something of a trend trinity: pleats.

If there’s one area of fashion trends, both for men and women, that you should be keeping an eye on, it’s trousers. After years of low-rise, skin tight jeans and trousers being the predominant, ‘in’ style we fashionisers are gradually experimenting more and more with new styles. Hence you have the rise of wide leg pants for women and flared jeans for both sexes.
That experimentation gives birth to look such as this: bow belted, pin stripe trousers that sit somewhere between being wide legged pants and bell bottoms. 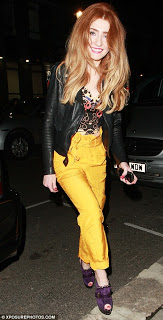 Elie Saab’s Paris fashion week showing started out with black – and lots of it, and mostly with sophisticated tailoring. It almost seemed as if Saab’s usual array of show-stopping frocks was not to make an appearance. But then, all at once, there they were: flowing, form-fitting, with many a thigh high slit. The red carpet options in Saab’s fall 2011 collection are plentiful, and even the tailored pieces with sharp pants or knee-length skirts and peplumed hips seemed better suited to an evening occasion. The stand outs, though, were probably the fiery red numbers, and some black all-over sequinned frocks that dazzled like a starry night sky.
If Louis Vuitton’s showing this morning had been decadent as a result of having the most impressive staging of all of the fashion shows for the season, then it can be said of Talbot Runhof’s that they had selected the most opulent of venues for the day. Corinthian columns were staccatoed amongst a room of illusionistic ceiling paintings and gold leaf. That opulence wouldn’t translate into Runhof’s autumn / winter collection, but the fact that this baroque room sat in contrast to the modernised walkway that led to it certainly would. For what we were presented with was something a re-emerging fall 2011 fashion trend in Paris: the masculinisation of women’s fashion for the season. 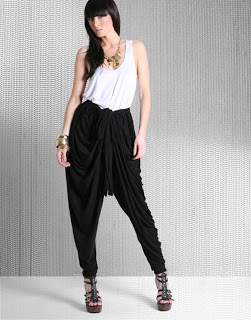 Look-after-look on Talbot Runhof’s runway nailed precisely that, and in fact it offered up the best take on the boyfriend shirt dress that I believe I’ve ever been privy to. But it did it all without leaning so heavily towards the masculine that the feminine was lost altogether.