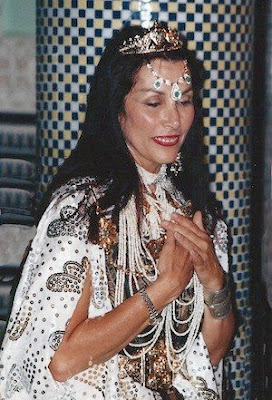 Marriage there are similarities as well as dissimilarities in the wedding rites of different tribes. Most tribal marriages are based on love matches, with the bridal couple getting to know each other before marriage. Oraons do not allow child marriage, nor weddings during the months of chaitra, bhadra and paus. Grooms have to pay a bride price. Pre-wedding ceremonies include seeing a bride, panchini (confirmation of a match) and gaye halud (applying turmeric paste on the bodies of both groom and bride). Women of both sides sing nuptial songs on the day of wedding.

Oraons and manipuris put up colourful wedding pandals. Oraons install mangalghat, a vessel of water, as a symbol of divine blessings in the wedding pandal. At the wedding ceremony which takes place in the pandal, the groom and the bride daub each other’s forehead with vermilion as women of both parties raise uludhvani (a sound produced by quickly turning the tongue in the mouth). Among both oraons and manipuris, the bridal couple go round the pandal to be greeted with paddy and durva grass. Among the manipuris the groom is welcomed by lighting a pradip (oil lamp) and his feet are washed by a young boy. At this time kirtan is sung and music is played. Two women from both sides release a pair of taki fish symbolising the groom and the bride into water. It is a good omen if the pair of fish move side by side in the water. In a similar ceremony among the garos, a cock and hen, with throats slit, are thrown to the ground. It is a good omen if, while they are in their death throes, the two come together to die. Otherwise, it is an ill omen and must be remedied through prayer and incantation by a khamal (mendicant). The gods are offered special food on the occasion so that they may bless the couple. A manipuri bride comes to visit her parents for the first time on the fifth day after marriage, providing an occasion for a lavish feast. According to tribal custom, all members of the clan are invited to this ceremony and they come with presents of rice, meat, fowls, pigs, money or alcohol.

Among the magh, young men and women get an opportunity to know each other closely at the new year festival. This is the time they choose their partners, subject to the approval of their parents. Girls of the garo, khasia, tippra and magh tribes go to the market to buy and sell goods. This again provides an opportunity for boys and girls to know each other more closely and select partners and then marry with the approval of their parents. Young men and women among the santal, garo and manipuri tribes work together in the fields, giving them an opportunity to select their life partners. 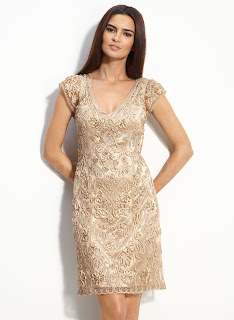 A santal wife becomes part of her husband’s clan. Magh men cannot marry again unless the wife is barren or mentally ill. Divorced and widowed women are permitted to remarry among both maghs and oraons. Divorce is permitted on the grounds of incompatibility, impotence or the wife’s infidelity. However, though divorce is allowed among the oraons, khasias, chakmas and maghs, it is rather rare. At times a young garo woman chooses a garo boy, marries him and keeps him at her parents’ home. Such marriages are rare these days. However, some tribes, such as the oraon, allow their boys and girls to elope and marry, with subsequent parental approval. Oraon and santal wives put vermilion on their forehead or in the parting of their hair. Except among the maghs, marriage within the clan is considered disgraceful and the guilty are expelled from the village.

It is a sin for the khasias not to marry. Khasia women may have more than one husband at a time on grounds of the first husband’s impotence or debauchery, desire to have more children or strong sexuality but this rarely happens. A khasia woman cannot marry someone from another tribe. A khasia girl may invite home a chosen boy from an approved clan, live together for a few days and, if she finds him acceptable, may marry him with the approval of both families. In khasia weddings, women cannot accompany the groom’s party to the bride’s house. Among the oraons, however, women can do so. After being blessed by his mother and elders, the khasia groom leaves his mother’s house wearing dhuti and turban and accompanied by the bridal party. Khasia wedding feasts consist of rice and dry fish, followed by alcohol. Three pieces of dry fish are offered to the gods to seek divine blessings for a new couple. Among the matriarchal khasia and garo tribes, the groom becomes a ghar jamai (part of his in-laws’ house). Chakma weddings take place at the bride’s house after the two sides have exchanged alcoholic drinks. A manipuri groom wears dhuti and turban and the bride wears the traditional gathered skirt, blouse, and peaked head dress.

While some tribes allow divorce, it is rare. In case a divorce becomes inevitable, both husband and wife have to give their consent as do the elders of the clan. The party responsible for the divorce has to pay compensation to the other party. Among the chakmas and maghs, the cost of maintenance of minor children has to be borne by the husband. Among the khasias, either the couple or someone else has to notify the clan chief about the divorce. The chief allows the couple time for reconciliation. If this does not work, an announcement is made of the breakup of the marriage. The person responsible for divorce has to pay the other party some compensation. Among the khasias it is usually the wife who is held responsible for divorce. If the husband is responsible, he is caned or given a beating with shoes; his face is smeared with lime and black paint and his head is shaved. A pregnant woman cannot be divorced. A widow may marry a year after her husband’s death.