The real reason he won’t talk? Most guys think discussing problems is a waste of time 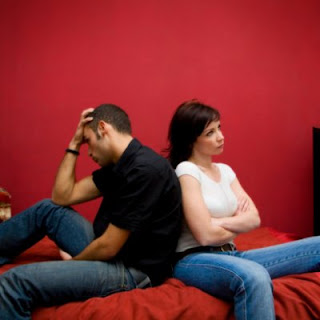 Trying to get your guy to tell you what’s bothering him? Wondering why he doesn’t seem interested in hearingabout your horrible day? Don’t worry, ladies: It’s not that your boyfriend doesn’t care or that he’s trying to seem strong. According to a new study, it’s just that most males think discussing problems is a waste of time.

That attitude isn’t exclusive to adults, either. The study, which will bepublished in the journal “Child Development,” found that when it comes to opening up about their issues, little boys seem to feel the same way as grown men.

“For years, popular psychologists have insisted that boys and men would like to talk about their problems but are held back by fears of embarrassment or appearing weak,” said Amanda J. Rose, associate professor of psychological sciences in the University of Missouri College of Arts and Science.

“However, when we asked young people how talking about their problems would make them feel, boys didn’t express angst or distress about discussing problems any more than girls,” Rose pointed out. “Instead, boys’ responses suggest that they just don’t see talking about problems to be a particularly useful activity.”

The University of Missouri researchers ran four separate studies and gathered information from and about almost 2,000 children and adolescents, and the results won’t come as much of a surprise to anyone who has ever dated before. Girls said that talking about problems made them feel cared for, understood, and less alone. But boys? Not so much. They didn’t worry that talking about their problems would lead to bullying, and they didn’t avoid discussion because they were embarrassed, either. Instead, the study says, “Boys reported that talking about problems would make them feel ‘weird’ and like they were ‘wasting time’.”

Your best bet for trying to discuss a difficult issue: Find the middle ground. And, if you’re a parent, start when your kids are young.

“For boys, it would be helpful to explain that, at least for some problems, some of the time, talking about their problems is not a waste of time,” Rose said, though parents should be aware that forcing a child to confide in you might not make them feel any safer. And when it comes to your daughters, “excessive problem talk” is linked to depression and anxiety, she said, “so girls should know that talking about problems isn’t the only way to cope.”

The difference in communication styles and expectations can lead to major relationship problems later in life, the study, called “How Girls and Boys Expect Disclosure About Problems Will Make Them Feel: Implications for Friendships,” suggests.

“Women may really push their partners to share pent-up worries and concerns because they hold expectations that talking makes people feel better,” Rose explained. “But their partners may just not be interested and expect that other coping mechanisms will make them feel better.”

While discussing a problem may help women figure out how to solve it, men seem to think that acknowledging the issue just makes it harder to manage. It’s the old Mars vs. Venus communication situation, now scientifically proven.

“Men may just not be coming from the same place as their partners,” Rose said.