Top 10 reasons why wearing a bikini is definitely a necessity 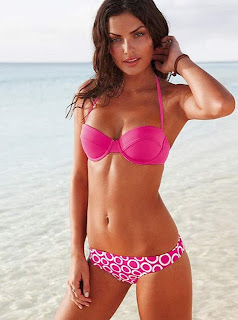 10. It’s Bikini Season!
I’m not even sure when bikini season is, but I start hearing about it when I am too effing freezing to not surround myself with all of the blankets in my house and a roaring fire I have started from hacking apart my kitchen table with an axe. Still, though, everybody’s like, “Eat carrots instead of regular delicious food! It’s bikini season!” And then I start worrying if people are HUNTING people wearing bikinis. Which also sounds like a horror movie I want to write. Either way, it’s bikini season! So wear a bikini.
9. The Song
You know the one. Yeah, the one that literally describes THE UGLIEST BIKINI EVER. Why would you wear yellow polka dots? Do you want to look like you have acne scars? Jaundice Spots? I don’t get it. The point is this: if the guy who sings that song thinks a girl wearing the nastiest sounding bikini ever looks good in it, than I’m pretty sure you have a good shot at looking great in yours. 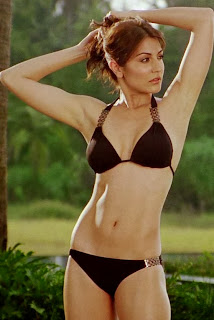 8. Because Going to the Bathroom in a One Piece Sucks
There is nothing worse than peeling yourself out of a one piece and standing topless in a beach bathroom. It feels like there you just enjoy going to public bathrooms naked and clammy. You know that terrible clammy feeling a one piece leaves, right? I do. It’s weird, you hate it, just wear a bikini and you&’ll never have this problem again.
7. Give your tummy some sun
Crop tops are so out, except with the weird girls in Brooklyn who try to dress like they are an extra in Saved By The Bell all the time. So finally be able to not only prove to the world that you actually have a belly button, but let your tum tum feel the warm sun for the first time in it’s little baby life. It feels so good in the liiightttt.
6.The average woman is a size 14
You know those bikini models that have washboard abs and boobs that go up to their chin? Yeah, that’s not me. I got a little on the hips because I don’t find “grapefruit and crackers” the only items on the food pyramid. However, if we let only the 300 supermodels ON THE FACE OF THE EARTH think that that is the only kind of body should be in a bikini, than that’s all we’ll see. Most of us don’t look like that and that doesn’t matter at all. It’s totally normal to have a little extra than muscle and skin. Show it off! Be proud of it! Make NORMAL the new NORMAL.
5. Wear a bra in public
If I walked around in my bra in public, I’d either be at Mardi Gras getting arrested or on Jerry Springer shaming my family. This is the one time you can walk around in your bra and not be in your apartment dancing to ’80s pop and eating bags of cookies. Take advantage of it! 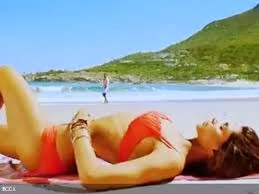 4. BECAUSE IT’S HOT OUT
It’s 99,000 degrees out and it feels like your skin might be melting off and bubbling onto the ground. It’s best to wear as little as possible, okay?
3. You’ll eventually be very, very old
When you’re young, you can wear bikinis and think, “Oh man I feel so uncomfortable in this bikini!” And then you are 67 years old and looking at your old photos from “the social networkers back in MY day” and you will tell your grandchildren, “Hot damn I was HOT,” and they’ll be like, “Grandma be quiet!”
2. Men can’t wear bikinis
So woman up! We get cramps and childbirth pains, at least let’s have something nice that men can’t have.
1. Confidence is Sexy
Case closed. If you’re going around judging people on the way they look in a bikini, then you suck. Everybody who would not like you in a bikini is a sucky person. So that’s that!